First on my list of things I can't do - play golf. Big Phil Mickelson seems to manage a stellar golf career with psoriasis – but I have had to retire. I just can’t grip the golf clubs without considerable discomfort and the skin splitting on my knuckles; and wearing a golf glove is agonizing. Also, I am terrible at golf.

This is a similar state of affairs to my issues with playing golf; gripping the bicycle handlebars, or wearing cycling gloves, is a no-no. They is also a more *cough* delicate issue – regarding the interaction of the bike saddle with my backside. Until such time as they design a saddle shaped like a comfy armchair, or perhaps a toilet seat, the psoriasis on my ass crack is unbearable! I considered using one of those saddles with a hole in the middle – which I believe are designed to protect the female anatomy – but they just didn’t quite hit the spot, for me.

Beer, Baked Beans, canned corn, you name, it, it comes in a ring pull can. And every time, (I mean every time) I completely forget that my psoriasis has made my nails utterly useless as the tools that they were intended to be. So I end up bending or breaking a nail, just for the sake of a cold brew or a boring supper.

The skin in my inner ears is as dry as a dog biscuit. Inner ear headphones just fall out. I am grateful to famous football players and professional boxers for making wearing my Beats headphones in public look cool, rather than the geeky audiophile that I really am.

Water can be good for psoriasis. Steam, it seems, is a nightmare. Holding a spoon and agitating a boiling pan of pasta hurts like a beast. What was the number for Dominos again?

There is no question that the hot water in the kitchen sink hurts my hand a bit, but honestly – I can wash the dishes.

This one ticks all the boxes. I noted in an earlier post that I have a 42 year old car. Yes – it is 42.. It needs work, but I can’t repair it. I can’t kneel down, can’t crawl around underneath it, and can’t get oil on my hands – because I could never scrub it off again (and gloves are no good, see ‘Golf’ and ‘Bicycle’). I guess it will sit in my driveway until it disappears in a pile of rust.

How normal is kneeling down? But I can’t do that. I guess it is lucky I am not religious. It is agonizing after about 10 seconds.

I can no longer impersonate a cat.

I guess I could get a tattoo. But they say that psoriasis can attack the site of injury. Would my body think that the multiple needle pricks were an injury? Probably. One minute I would have a beautifully crafted piece of body art depicting, say – Captain Kirk from Star Trek – the next, he might morph in to the creature from planet RedFlakyBlobScales, when my psoriasis decided to do its thing.

DIY. (Do It Yourself)

This is nothing to do with psoriasis – I just totally suck at DIY. I once tried to make a table, and after two hours of hard work I looked at the monstrosity that I had wrought, took it out in to the garden, and set fire to it. 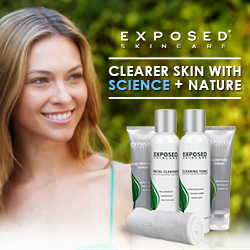 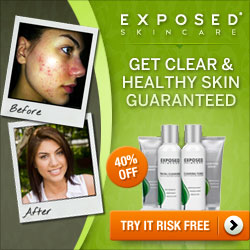